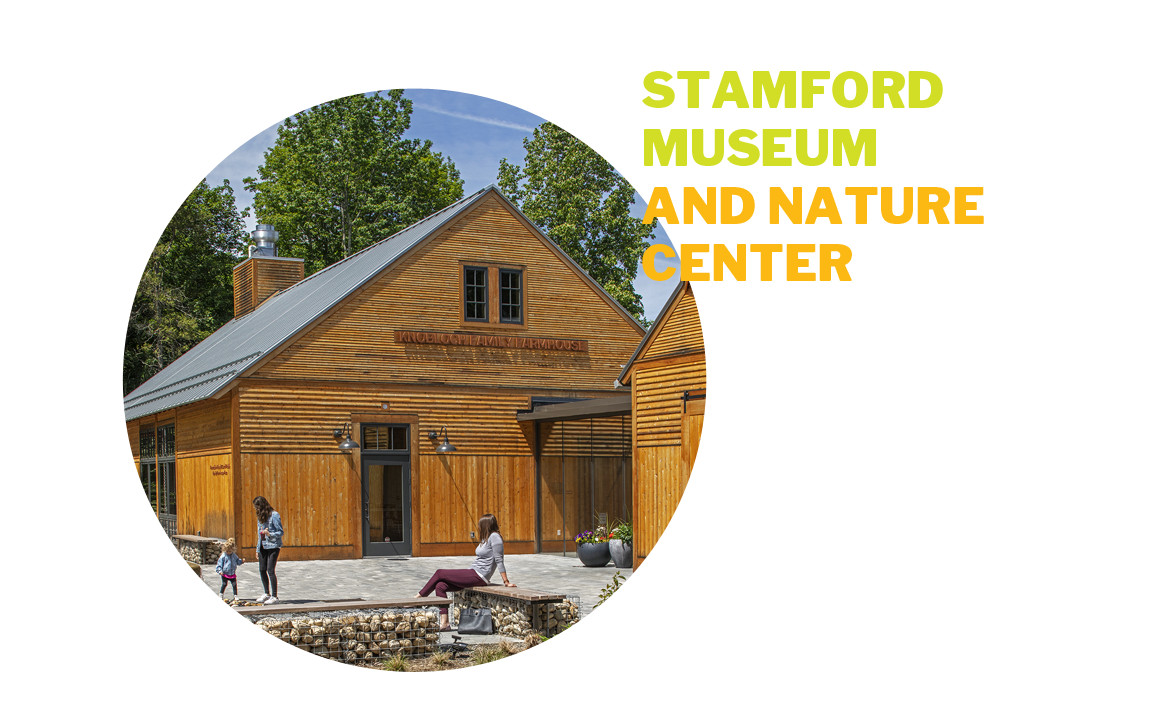 Brahms followed Mozart’s lead in adding a second viola to the standard string quartet format. These two pieces, one dark and melancholic, the other full of genial and vigorous vitality, are among the finest of their kind. 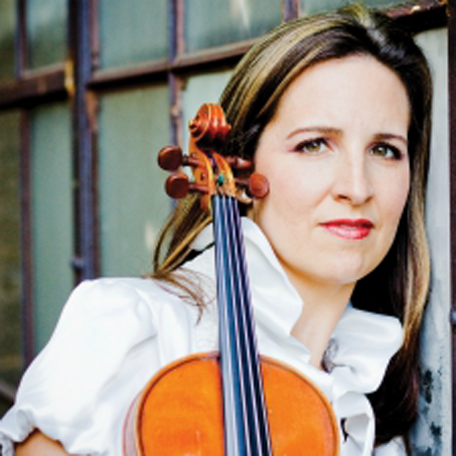 For the past five years, Ms. Buck has led the Stamford Symphony (CT) as it’s Acting Concertmaster.  She has held concertmaster positions with the Brooklyn Philharmonic, St. Matthew’s Chamber Orchestra (L.A.) and the Los Angeles Opera Guild as well as many other noteworthy ensembles in the New York City area. As recitalist, Ms. Buck has performed at the Phillips Collection in Washington, D.C., over the airways for the Dame Myra Hess Series in Chicago/WFMT, “Sunday’s Live” in Los Angeles for KKGO, and at the Brooklyn Museum of Art. She has been featured as soloist with Lincoln Center’s Little Orchestra Society, Brooklyn Philharmonic, and most recently, the Stamford Symphony. In 2019, Ms. Buck received two commissions: one for solo violin by John Harbison called DeBut, and another for violin and piano called Fantasia on Beethoven’s Spring Sonata by Bruce Adolphe. In October (2021) Ms. Buck recorded the Suite for Solo Violin by John Harbison with Grammy winning producer, Silas Brown.

As a chamber musician, Ms. Buck enjoyed seventeen years of extensive concertizing, commissioning, and recording as a member of the Lark Quartet. The Lark actively pushed the boundaries of what a traditional string quartet could do by being one of the first quartets to commission new works that feature added percussion, clarinet, voice, and piano. The Lark has an extensive discography that include many of America’s most celebrated and prize-winning composers works.

A native of Los Angeles, Ms. Buck recorded for the motion picture and television industry. Her violin solos for television helped breathe life back into the re-mastered American Silent Film classic, “The Scarlet Letter” (Turner Classic Movies). Her National television debut came by way of a feature guest spot on the Family Channel’s, “It Takes Two” hosted by Dick Clark.

For twenty summers, Ms. Buck has taught at the Kinhaven Music School in Vermont where she and her husband have had the honor of serving as the Co-Executive Directors for the past eleven years. Since 2015, Ms. Buck has served as Assistant Professor of Violin and Head of Chamber Music at SUNY Purchase. Ms. Buck was a Starling Scholarship recipient at the Juilliard School as a student of Dorothy DeLay. She earned a Master’s Degree from the University of Southern California where she studied with Robert Lipsett, and was awarded the Jascha Heifetz Violin Scholarship. 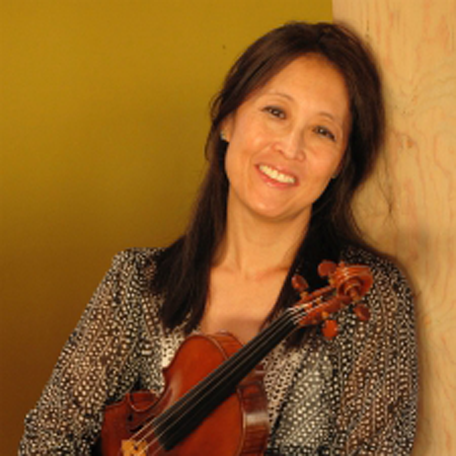 Violinist Elizabeth Lim-Dutton began studies at the age of three and performed in a first student recital at the age of five. She started attending the Aspen Music Festival at the age of eleven and subsequently followed her teacher, Dorothy DeLay, to New York at the age of fourteen. She studied at the Professional Children’s School, the Juilliard School (BM) and at the Yale School of Music-Yale University (MM). Ms. Lim performs regularly with the Orchestra of St. Luke’s, has toured the US as Concertmaster for the New York City Opera National Company and has performed as a member of the New Haven Symphony, Stamford Symphony and the New York Pops. As a member of Steve Reich and Musicians and the Steve Reich Ensemble since 1992, she has toured and performed in the U.S., Europe, Asia and Australia. The diverse musical life of a violinist in New York City has allowed Ms. Lim to record close to one hundred TV and radio commercials, over sixty movie soundtracks, and to perform in over forty Broadway productions, currently the Lincoln Center Theatre production of My Fair Lady. 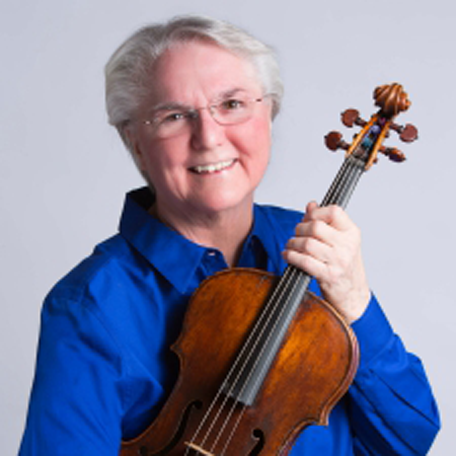 Lois Martin, a native of York, PA, began her viola studies with Arthur Lewis at the Peabody Preparatory School. She completed her undergraduate work at the Eastman School of Music, where she was a scholarship student of Francis Tursi. During this time, she was a member of the Rochester Philharmonic Orchestra. She continued her graduate studies at the Juilliard School under the tutelage of Lillian Fuchs. Lois is a founding member of the Atlantic String Quartet, which is dedicated to the performance of newly written compositions. Her continuing commitment to contemporary music includes performances with the Group for Contemporary Music, ISCM Chamber Players, Ensemble Sospeso, Ensemble 21, New York New Music Ensemble, Speculum Musicae, Composers’ Guild, Da Capo Chamber Players, Composers Forum, and Steve Reich and Musicians.

Currently, Lois is Principal Violist of the Stamford Symphony, Amici New York, and The Little Orchestra Society. She is a member of the Orchestra of St. Luke’s, American Chamber Ensemble, and frequently appears with the Mostly Mozart Festival Orchestra and New York City Ballet Orchestra. She is also on the faculty of the Composers’ Conference at Wellesley College, and has taught at Princeton University.

Lois has recorded the works of over 50 contemporary composers. She premiered Charles Wuorinen’s Viola Variations at Merkin Hall in New York in the fall of 2008, and also had the opportunity to perform this work at the Library of Congress in 2009 for Wuorinen’s 70th birthday celebration. 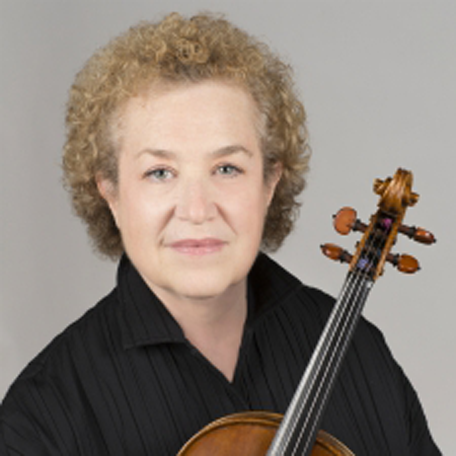 Adria Benjamin is a longtime member of Stamford Symphony’s viola section and serves as the orchestra’s personnel manager. She performs as an orchestral musician, chamber musician and in NYC as a recording studio and Broadway musician.  She is a nationally recognized music educator through her work at Mannes College’s Preparatory Division where she conducts three orchestras, teaches viola, chamber music, performance workshops and chairs the String Department. Adria also conducts the New School Community Orchestra and Stamford Symphony’s Music Education programs. She has performed as a soloist at the 92 Street Y, Zankel Hall, and has also performed at the White House. Adria was part of the founding team of the OK Mozart International Festival where, in addition to serving as Assistant Principal Violist, she also served as Artistic Administrator and Artistic Director. She performs annually at the Bard Festival. Adria was a founding member of the critically acclaimed Eos Orchestra and of the New York Viola Society. She is a former member of the Jerusalem Symphony Orchestra and the Jerusalem String Ensemble. Her teachers include Mary Jane Metcalfe, Francis Tursi (Eastman), Karen Tuttle (Peabody) and Joey Corpus.  While pursuing a Master’s Degree at the Peabody Conservatory, Adria served as Karen Tuttle’s teaching assistant and was awarded the Peabody Prize for Outstanding Viola performance. While at Eastman, Adria served as assistant to her conducting mentors, Gustav Meier and Robert DeCormier. She is often a part of the planning and creative teams and a performing artist for many concerts benefiting a wide range of non-profit organizations. With the New York Chamber Music Co-Op, Adria and her colleagues present an annual series of Concerts for Social Justice, all in support of the social justice initiatives at Congregaton Beit Simchat Torah.  Adria currently serves as Co-Chair of the New School University’s Faculty Senate. 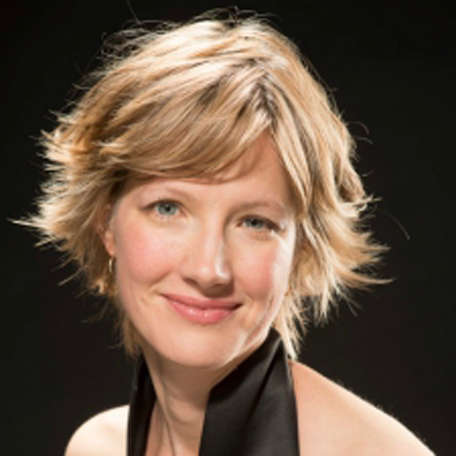 Cellist Caroline Stinson is a native of Canada and has made her career across North America and Europe as a soloist, recitalist and chamber musician in traditional, 20th century and contemporary repertoire. Cellist of the internationally acclaimed Ciompi String Quartet and Associate Professor at Duke University in North Carolina, Ms. Stinson’s concert invitations include Carnegie’s Weill and Zankel Halls, Lincoln Center’s Alice Tully Hall, the Museum of Modern Art’s Summergarden Series, Bargemusic and Le Poisson Rouge in New York, Boston’s Gardner Museum, Washington D.C.’s Smithsonian; the Koelner Philharmonie, Lucerne Festival and Cité de la Musique in Europe, and the Centennial and Winspear Centres in Canada.

An active recitalist and chamber musician, Caroline is invited regularly as guest and has appeared at the Rencontres d’été Strasbourg, France, Rudersdal Sommerkoncerter, Denmark, Manchester Music, Newburyport and Caramoore Music Festivals in the USA. Since joining the Ciompi Quartet in 2018, she has performed with the group across the US, in Taiwan and Italy and has given solo recitals in New York City presented by the League of Composers and in Denmark. In 2022 she will tour Lithuania with pianist Gabrielius Alekna performing Dialogues with Beethoven including a premiere by Žibuoklė Martinaityte.

Together with her husband, Andrew Waggoner, Caroline is co-artistic Director of the Weekend of Chamber Music, a summer music festival of concerts and events in the Southern Catskill Mountain Region of New York State. Now in their 9th year as directors and the festival’s 30th, WCM hosts multiple events over 3 weeks, featuring a composer-in-residence, and the select group of artists perform vivid, intimate concerts in rural spaces and unusual village sites across multiple counties. WCM also brings in graduate fellows in composition and performance to collaborate on new works and present as part of the festival itself.

Caroline’s close work with composers has been essential in building her understanding and communication of new music, and she is privileged to have worked closely with Bill Bolcom, Pierre Boulez, John Corigliano, George Crumb, John Harbison, Aaron Jay Kernis, Harold Meltzer, Shulamit Ran, Steven Stucky, Joan Tower, Andrew Waggoner and Anna Weesner; Peter Eötvös in Germany, and Pelle Gudmundsen-Holmgreen in Denmark, among many others. At the composer’s recommendation, she performed Esa-Pekka Salonen’s “YTA III”, for solo cello at Scandinavia House in New York, and performed Elliot Carter’s Triple Duo on two continents and for Swiss Radio with Pierre Boulez conducting, working with the composer on multiple occasions. Caroline has commissioned cello concerti, solo cello works and pieces with electronics, and chamber music, premiering dozens of works over a decade with the Lark Quartet and Open End Ensemble (a new music and improvisation group), and performing and touring with the Bang On a Can All-Stars, ISCM League of Composers, the Cassatt Quartet, CELLO, Continuum of New York City and Accroche Note of France.

Ms. Stinson has an extensive chamber music discography of almost two dozen CDs, including three recordings on Bridge Records with the Lark Quartet, featured and praised on the BBC, in Gramophone Magazine, WQXR and in the NY Times. She released her solo recording on Albany Records linking European masters to multiple generations of American composers in 2011. In radio, her performances have been broadcast on Swiss Radio, Performance Today in the USA, and on CBC Radio Canada.

Caroline was a student of Tanya Prochazka in Edmonton and earned degrees with honours from the Interlochen Arts Academy, the Cleveland Institute of Music under Alan Harris, the Hochschule für Musik Köln (First Prize) as a student of Maria Kliegel, and completed her Master’s Degree and Artist Diploma at the Juilliard School with Joel Krosnick. While living in Germany, she took courses with Natalia Gutman, Frans Helmerson, Boris Pergamenschikow, Siegfried Palm and Janos Starker. She is the recipient of the J.B.C. Watkins Prize in Music from the Canada Council, first prize in the Hohnen Foundation Cello Competition of Germany, and the American Music Award from the Seventeen/GM National Concerto Competition in the United States. She has been awarded prizes, grants and scholarships from the Alberta Heritage Fund, the Alberta Foundation for the Arts, the Winspear Fund, the Anne Burrows Foundation and the Canada Council for the Arts, and fellowships from the Aspen, Lucerne, Verbier and Sarasota Festivals.