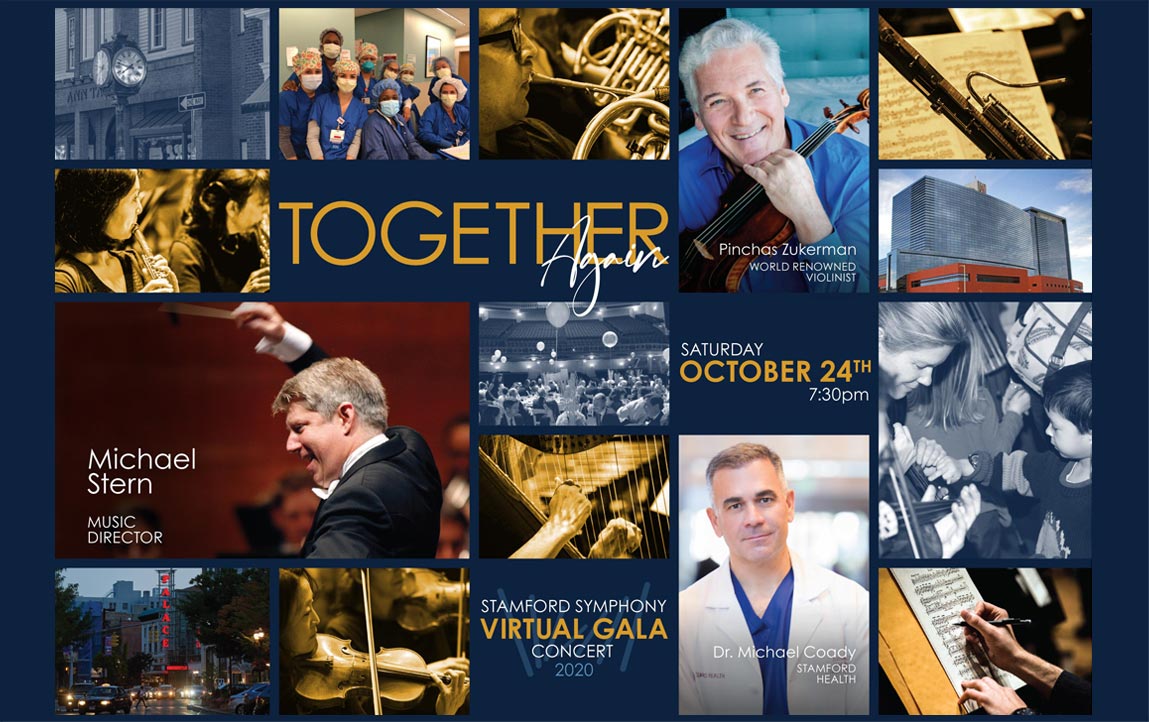 Come back to stamfordsymphony.org to watch the concert live from our homepage on October 24 at 7:30pm. No downloads necessary!

Stamford Symphony’s first ever virtual Gala Concert brings us Together Again to celebrate the musicians and community in a new way. World-famous violinist Pinchas Zukerman joins the Stamford Symphony for a special performance of Bach’s violin concerto in A minor. Other highlights of the evening include guest cellist, Amanda Forsyth, Michael Stern conducting his first work, officially as our newly appointed music director, Dr. Michael Coady, pianist and Chief of Cardiac Surgery at Stamford Health making his Stamford Symphony debut, and much more.

This benefit concert will honor Stamford Health and their heroic work during the pandemic. It is also dedicated to the musicians of the Stamford Symphony for their extraordinary devotion to the Fairfield County community through the hours of donated content they have made available on the Stamford Symphony Channel.

Participate in the Gala by exploring how you can support the Stamford Symphony. Click HERE for information on becoming a donor, to bid on great silent auction items, to contribute to a paddle raise and more!

TEXT TO GIVE is easy!

1. Go to your texting app on your smartphone

2. Open up a new text window as if you were going to type in a cell phone number

4. Type in Togetheragain (all one word) in the text box

You will then receive a text with a link to finish your transaction.

Bach Violin Concerto No. 1 in A minor

Pinchas Zukerman, violin with musicians from the Stamford Symphony

Virtual Orchestra video featuring the full orchestra from their homes

This concert has been generously sponsored by: 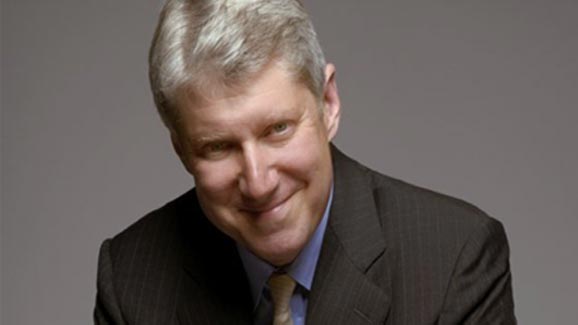 Conductor Michael Stern is also Music Director of the Kansas City Symphony and Founding Artistic Director and Principal Conductor of the IRIS Orchestra.

Michael Stern and Kansas City have been hailed for their remarkable artistic ascent, original programming, organizational development and stability, and the extraordinary growth of its varied audiences since his tenure began. Stern and the orchestra have partnered with Grammy® Award-winning Reference Recordings for a series of very well received CDs, including a new recording of works by American composer Adam Schoenberg, Gustav Holst’s “The Planets,” and albums of Elgar, Sibelius, and Saint-Saens.

IRIS Orchestra in Germantown, Tennessee is known for the virtuosity of its playing, and the depth and variety of its programming, with special emphasis on American contemporary music. Under Stern’s direction, IRIS has commissioned and premiered works by William Bolcom, Chris Brubeck, Richard Danielpour, Stephen Hartke, Edgar Meyer, Jonathan Leshnoff, Ned Rorem, Huang Ruo, amongst others, and has released recordings on the Naxos and Arabesque labels.

Guest engagements in the 2018/19 season for Michael Stern include leading the New York Philharmonic in the film score to The Red Violin with Joshua Bell as soloist, and concerts at the Stern Violin Competition in Shanghai. He conducts the Guangzhou Symphony Orchestra as part of Youth Music Culture Guangdong with Yo Yo Ma, and subscription weeks with the Stamford and Tucson Symphonies, and the Boca Raton Symphonia.

Stern’s 2018 summer included leading the score to The Red Violin with Joshua Bell at the Saratoga Performing Arts Center with the Philadelphia Orchestra, at the Ravinia Festival, the Chautauqua Festival and Napa Valley Festival del Sole; a return to the National Repertory Orchestra, and a concert at the Manchester Music Festival.

Michael Stern has conducted the Atlanta, Baltimore, Chicago, Cincinnati, Houston, Indianapolis, National, Montreal, Pittsburgh, St. Louis, Seattle and Boston symphonies, the Cleveland and Philadelphia orchestras, as well as the New York Philharmonic. He also appears regularly at the Aspen Music Festival and has served on the faculty of the American Academy of Conducting at Aspen. 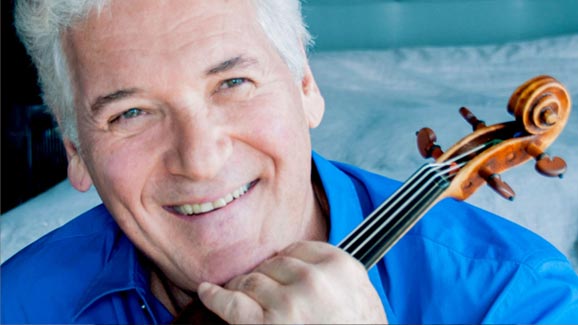 With a celebrated career encompassing five decades, Pinchas Zukerman reigns as one of today’s most sought after and versatile musicians – violin and viola soloist, conductor, and chamber musician. He is renowned as a virtuoso, admired for the expressive lyricism of his playing, singular beauty of tone, and impeccable musicianship, which can be heard throughout his discography of over 100 albums for which he gained two Grammy® awards and 21 nominations.

Highlights of the 2019-2020 season included tours with the Vienna Philharmonic and Royal Philharmonic Orchestra, as well as guest appearances with the Boston, Dallas and Prague Symphonies, Berlin Staatskapelle, and Israel Philharmonic Orchestra. In his fifth season as Artist-in-Residence of the Adelaide Symphony Orchestra, he toured with the ensemble to China and Korea, and recently premiered Avner Dorman’s Double Concerto for Violin and Cello, written for Zukerman and cellist Amanda Forsyth. Subsequent performances of the important new work took place at Tanglewood with the Boston Symphony, Ottawa with the National Arts Centre Orchestra, where Zukerman serves as Conductor Emeritus, and with the Israel Philharmonic. In chamber music, he traveled with the Zukerman Trio for performances throughout North and South America, Europe and Asia, and joined longtime friend and collaborator Daniel Barenboim for a cycle of the complete Beethoven Sonatas for Violin and Piano, presented in a three-concert series in Berlin.

A devoted teacher and champion of young musicians, he has served as chair of the Pinchas Zukerman Performance Program at the Manhattan School of Music for over 25 years, and has taught at prominent institutions throughout the United Kingdom, Israel, China and Canada, among others. As a mentor he has inspired generations of young musicians who have achieved prominence in performing, teaching, and leading roles with music festivals around the globe. Mr. Zukerman has received honorary doctorates from Brown University, Queen’s University in Kingston, Ontario, and the University of Calgary, as well as the National Medal of Arts from President Ronald Reagan. He is a recipient of the Isaac Stern Award for Artistic Excellence in Classical Music.

“Zukerman again seemed the forever-young virtuoso: expressively resourceful, infectiously musical, technically impeccable, effortless. As usual, it was a joy to be in his musical company.”
The Los Angeles Times

“The precision and clarity of his sound and his strong romantic sensibility contribute to this excellence, but even more important is the intelligence of his interpretations. The listener is constantly engaged as he brings a little extra something to each phrase.”
Ottawa Citizen

“You could have blindfolded an experienced listener, put him in a different room where he could scarcely hear the sounds, and he’d still recognize that liquid, Zukerman tone. There is no other like it….His sound is utterly imimitable – as it has been for more than 30 years – from its intense sweetness on high to its throaty richness at the depths of the instrument….And the molten gold that streams from the instrument is completely breathtaking. Fabulous playing.”
The Herald (Glasgow) 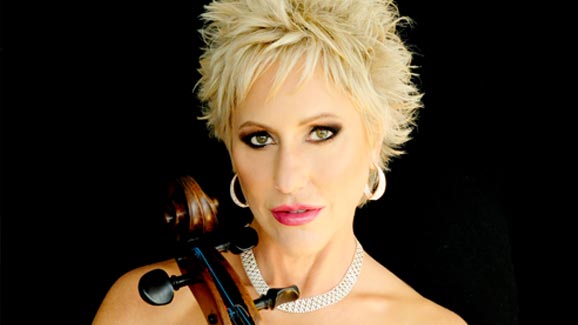 Canadian Juno award winning cellist Amanda Forsyth is considered among her peers and critics alike to be one of the most dynamic cellists on the concert stage today. Describing a recent performance, California’s Ventura County Star raves: “In Forsyth’s hands, it was sheer magic.” She has achieved an international reputation as a premiere soloist and chamber musician and previously enthralled audiences as the principal cellist of both The Calgary Philharmonic and Canada’s National Arts Centre Orchestras. Her intense richness of tone, exceptional musicality and passion are reminiscent of cellists of a former age. She captivates audiences with every phrase.

She started her 2019-2020 season with the cello concerto, “Electra Rising”, written by her father, Malcolm Forsyth. Ms. Forsyth brings Avner Dorman’s Double Concerto written for her and violinist Pinchas Zukerman to Ottawa with the National Arts Centre Orchestra and to Tel Aviv with the Israel Philharmonic, having previously performed the world premieres with Adelaide Symphony and Boston Symphonies. Additional engagements this season include performances with: Lincoln’s Symphony; Fort Wayne Philharmonic; IRIS Orchestra; Royal Philharmonic; Polish Symphony; Prague Philharmonic and the Dallas Symphony. A second USA tour as guest with The Jerusalem Quartet offering sextet repertoire with Pinchas Zukerman is booked throughout the USA.

Mr. Forsyth is a recording artist on the Sony Classics, Naxos, Altara, Fanfare, ProArte and CBC labels. Her recording of Schubert’s “Trout” Quintet with the Zukerman ChamberPlayers and Yefim Bronfman was released by Sony in 2008. Her most recent disc features the Brahms Double Concerto with Pinchas Zukerman and the National Arts Centre Orchestra released by Analekta Records.

Born in South Africa, Ms. Forsyth immigrated to Canada as a child and began playing cello at age three. She became a protege of William Pleeth in London and later completed her studies at The Juilliard School with Harvey Shapiro. Her instrument is a rare 1699 cello by Carlo Giuseppe Testore. 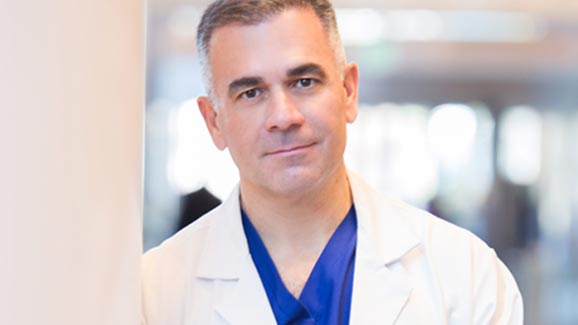 From the time his parents took him to his first piano lesson at the age of five, Dr. Coady was hooked. His immediate fascination with music—coupled with unusual focus and determination—made him a prodigious pianist by his early teens. At age sixteen, he was awarded the Rothschild Scholarship at the Peabody Conservatory of Music. It was there that he learned what separated talented players from true performers: not just precision or stamina, but adaptability, attention to detail, and a mindset about music that was as analytical as it was expressive. This new understanding served him well as he went on to Bennington College in Vermont, where he double-majored in piano performance and mathematics.

Despite the unusual challenge of transitioning from music to medical science, Dr. Coady saw medicine as an opportunity to apply his relentless pursuit of perfection toward improving the lives of others. He attended medical school at The George Washington University, where “the ability to make diagnoses and fix problems using your hands” immediately attracted him to surgery as a specialty.

Dr. Coady attended a 7-year training program for General Surgery at Yale University, where he also earned a master’s degree in Public Health. He then completed an additional 3-year fellowship at Stanford University in Cardiac Surgery. In heart surgery especially, he found the perfect analogue to his craft as a musician: the focus, discipline, dexterity, and precision required to analyze and perform a Beethoven sonata or Rachmaninoff prelude were not so different from that needed to repair a delicate mitral valve or an aortic dissection. In either case, true success meant touching someone’s heart.

Dr. Coady went on to complete an additional master’s degree in Business Administration from the Massachusetts Institute of Technology (MIT). He is currently Chief of Cardiac Surgery at Stamford Hospital in Connecticut, where he also serves as Co-Director of the Heart and Vascular Institute.

Dr. Coady’s clinical surgical outcomes have consistently exceeded national benchmarks, and he has been recognized by Castle Connolly as a top doctor in the New York metropolitan area for the 5th consecutive year. He has also been recognized as a Top Doctor in Stamford, New-Canaan/Darien, Greenwich, Westport, and New York magazines. He divides his time between Connecticut and New York, and remains passionate about music.