Registration will automatically enter you
into a drawing for six bottles of champagne! 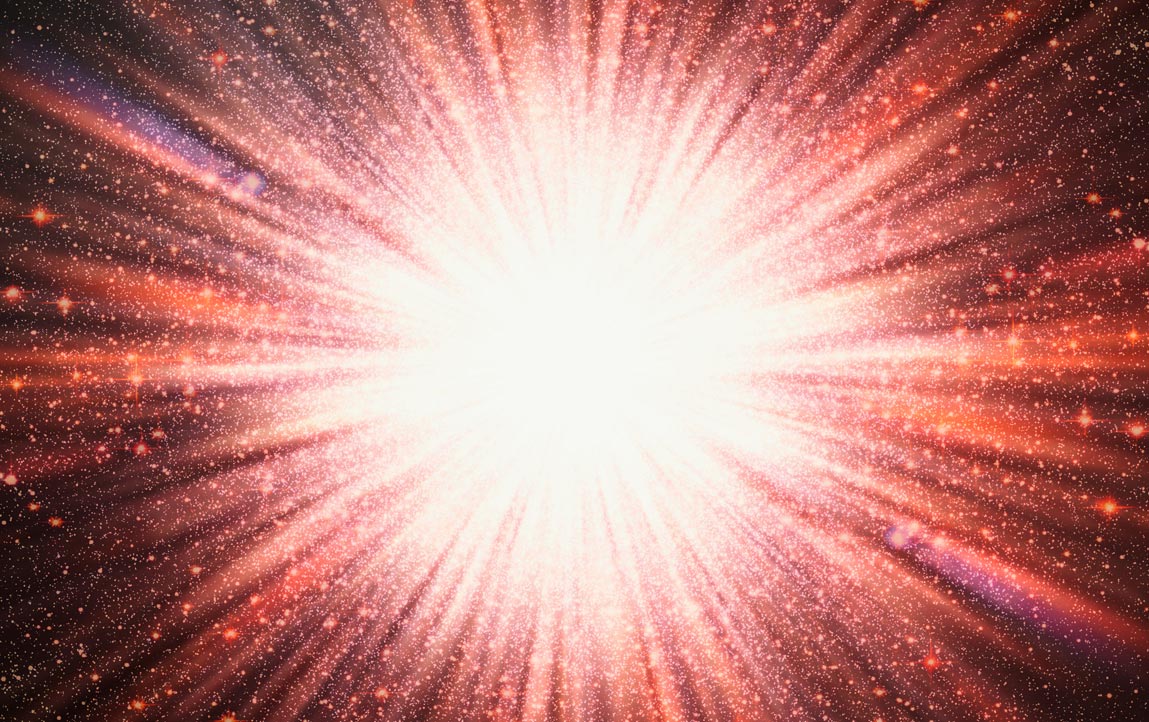 Registration will automatically enter you
into a drawing for six bottles of champagne!

Registration will automatically
enter you into a drawing for
six bottles of champagne!

Easy to attend, no downloads necessary

All 2020-2021 Subscribers are automatically registered to this event and do not need to register.  Please scroll down to see more subscriber benefits!

Explore the sounds of Jessie Montgomery’s self-described “exploding stars” in Starburst, a work that was commissioned by the Sphynx Organization. Paired with Starburst is one of Mozart’s masterworks, Symphony No. 29  in A major, which musicologist Stanley Sadie described as “a landmark … personal in tone, indeed perhaps more individual in its combination of an intimate, chamber music style with a still fiery and impulsive manner.”

This interactive online premiere promises to bring you the music you love in a new way. Enjoy “backstage” clips from our musicians. Your host, Music Director Michael Stern, will help you find more meaning in the music by sharing thought-provoking social and historical context to the musical program.

Musical Program to include:

Mozart Symphony No.29 in A Major 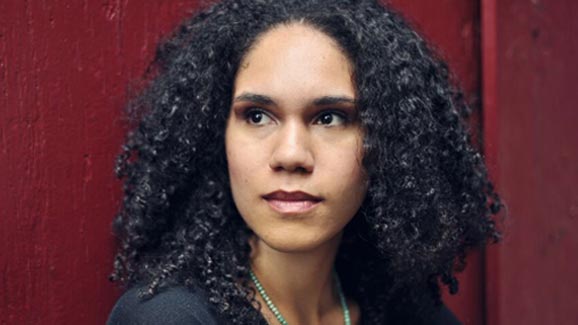 “Music is my connection to the world. It guides me to understand my place in relation to others and challenges me to make clear the things I do not understand. I imagine that music is a meeting place at which all people can converse about their unique differences and common stories.” – Jessie

Jessie Montgomery is an acclaimed composer, violinist, and educator. She is the recipient of the Leonard Bernstein Award from the ASCAP Foundation, and her works are performed frequently around the world by leading musicians and ensembles. Her music interweaves classical music with elements of vernacular music, improvisation, language, and social justice, placing her squarely as one of the most relevant interpreters of 21st-century American sound and experience. Her profoundly felt works have been described as “turbulent, wildly colorful and exploding with life” (The Washington Post).

Jessie was born and raised in Manhattan’s Lower East Side in the 1980s during a time when the neighborhood was at a major turning point in its history. Artists gravitated to the hotbed of artistic experimentation and community development. Her parents – her father a musician, her mother a theater artist and storyteller – were engaged in the activities of the neighborhood and regularly brought Jessie to rallies, performances, and parties where neighbors, activists, and artists gathered to celebrate and support the movements of the time. It is from this unique experience that Jessie has created a life that merges composing, performance, education, and advocacy.

Since 1999, Jessie has been affiliated with The Sphinx Organization, which supports young African-American and Latinx string players. She currently serves as composer-in-residence for the Sphinx Virtuosi, the Organization’s flagship professional touring ensemble. She was a two-time laureate of the annual Sphinx Competition and was awarded a generous MPower grant to assist in the development of her debut album, Strum: Music for Strings (Azica Records). She has received additional grants and awards from the ASCAP Foundation, Chamber Music America, American Composers Orchestra, the Joyce Foundation, and the Sorel Organization.

Her growing body of work includes solo, chamber, vocal, and orchestral works. Some recent highlights include Five Slave Songs (2018) commissioned for soprano Julia Bullock by the Metropolitan Museum of Art, Records from a Vanishing City (2016) for the Orpheus Chamber Orchestra, Caught by the Wind (2016) for the Albany Symphony and the American Music Festival, and Banner (2014) – written to mark the 200th anniversary of The Star-Spangled Banner – for The Sphinx Organization and the Joyce Foundation.

In the 2019-20 season, new commissioned works will be premiered by the Orpheus Chamber Orchestra, the National Choral Society, and ASCAP Foundation. Jessie is also teaming up with composer-violinist Jannina Norpoth to reimagine Scott Joplin’s opera Treemonisha; it is being produced by Volcano Theatre and co-commissioned by Washington Performing Arts, Stanford University, Southbank Centre (London), National Arts Centre (Ottawa), and the Banff Centre for the Arts. Additionally, the Philharmonia Orchestra, Atlanta Symphony, Dallas Symphony, Minnesota Orchestra, and San Francisco Symphony will all perform Montgomery’s works this season.

The New York Philharmonic has selected Jessie as one of the featured composers for their Project 19, which marks the centennial of the ratification of the 19th Amendment, granting equal voting rights in the United States to women. Other forthcoming works include a nonet inspired by the Great Migration, told from the perspective of Montgomery’s great-grandfather William McCauley and to be performed by Imani Winds and the Catalyst Quartet; a cello concerto for Thomas Mesa jointly commissioned by Carnegie Hall, New World Symphony, and The Sphinx Organization; and a new orchestral work for the National Symphony.

Jessie began her violin studies, at the Third Street Music School Settlement, one of the oldest community organizations in the country. A founding member of PUBLIQuartet and currently a member of the Catalyst Quartet, she continues to maintain an active performance career as a violinist appearing regularly with her own ensembles, as well as with the Silkroad Ensemble and Sphinx Virtuosi.

This brief one-movement work originally for string orchestra, and arranged for chamber ensemble by Jannina Norpoth, is a play on imagery of rapidly changing musical colors. Exploding gestures are juxtaposed with gentle fleeting melodies in an attempt to create a multidimensional soundscape. A common definition of a starburst: “the rapid formation of large numbers of new stars in a galaxy at a rate high enough to alter the structure of the galaxy significantly” lends itself almost literally to the nature of the performing ensemble who premieres the work, The Sphinx Virtuosi, and I wrote the piece with their dynamic in mind.
– Jessie Montgomery

During the second half of the eighteenth century, Mozart’s hometown of Salzburg was a culturally (and politically) conservative backwater of the progressive capital, Vienna. The cultural atmosphere became even more conservative after the election in 1772 of a new and autocratic Archbishop, Hieronymus von Colloredo. Mozart’s father had finagled an appointment for his son under Colloredo, and Mozart’s letters about his boss become strident with complaints. Along with the constant whining, Mozart redoubled his efforts to find employment in a more culturally congenial environment.

The trend nowadays is to hear only Mozart’s side of the argument. In all fairness, the Mozarts, father Leopold and especially son Wolfgang with his creative independence, were not the easiest persons to have at court, and it was inevitable that they would clash with the conservative Archbishop. Their desire to leave Salzburg and the Archbishop’s employ was an open secret. Mozart took extensive “leaves of absence” brazenly in pursuit of another job. It took nearly nine more years, until 1780, for Mozart and the Archbishop to finally part company for good, giving Mozart the opportunity to try his luck as a freelance composer – one of the first, and the most illustrious of the breed.

In the summer of 1773, Wolfgang and his father spent ten weeks in the capital, and the effect of Wolfgang’s exposure to new musical ideas can be seen in the three symphonies he composed in the year after his return. The symphonies written just prior to the visit had been mostly three-movement works, patterned after the Italian operatic sinfonia, while after the visit they acquired the classical four-movement format, becoming more dramatic and emotionally complex.

Symphony No. 29 was composed in April 1774 for a modest orchestra of only strings, oboes and horns. The four movements comprise what had by now become the classic form that had been developed and promoted by Franz Joseph Haydn: an opening allegro (often with a slow introduction), a slow movement, a minuet and trio (with contrasting instrumentation) and an exuberant finale.