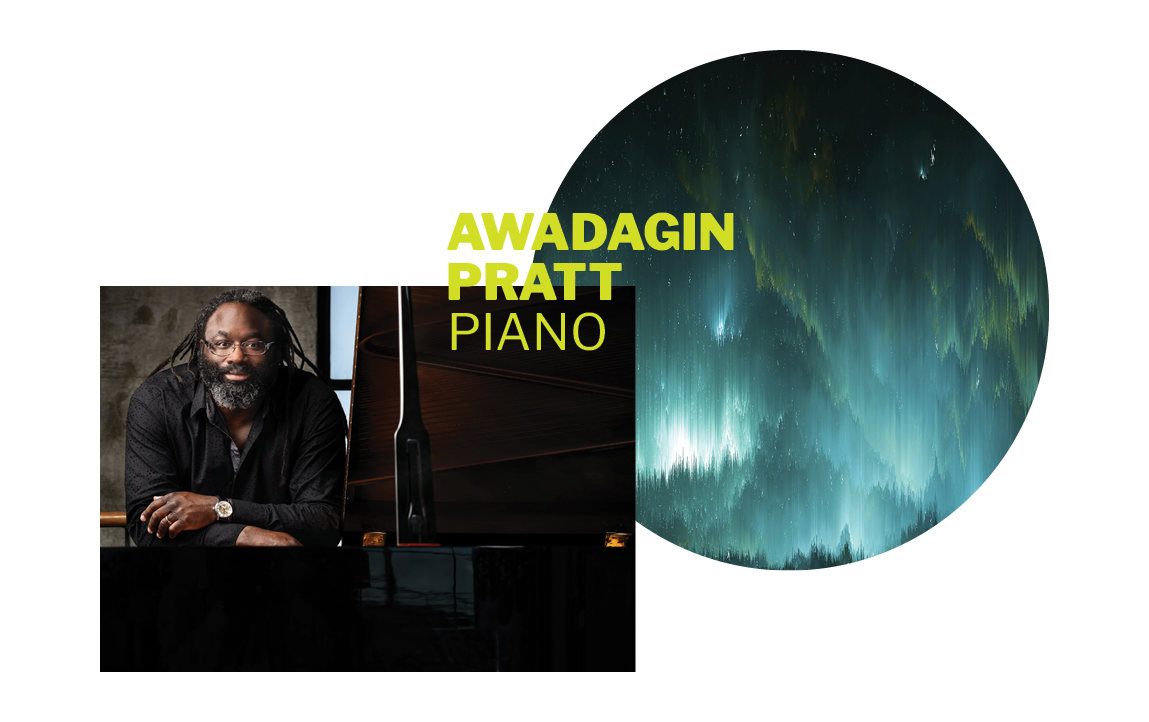 2 hours with a 20
minute intermission

There could be no more fitting way to launch Orchestra Lumos than with Dvorak’s celebrated ninth symphony, From the New World, as we indeed step into a new world of music-making for all of Fairfield County. This symphony is achingly nostalgic for Dvorak’s native Bohemian roots, and yet contains the soulful melody later adapted as the popular song Goin’ Home, often mistaken for a spiritual. Puerto Rican composer Ivan Enrique Rodriguez describes his orchestral fantasy Luminis as “the encirclement of light by darkness.” Completing the program, the outstanding American pianist Awadagin Pratt plays a new dance-inspired work by Jessie Montgomery, Rounds for Piano and String Orchestra.

Learn more about the program during this pre-concert talk hosted by Music Director Michael Stern. Behind the Baton begins one hour before each concert at the Palace Theater.

A 40-minute, interactive pre-concert activity for families led by an Orchestra musician. MusiKids begins one hour before our Sunday concerts at The Palace Theatre

This event is FREE with your ticket to the concert.

Sunday tickets for kids (ages 17 and under) are only $4 with the purchase of a regular ticket.

Antonín Dvořák Symphony No. 9 From the New World 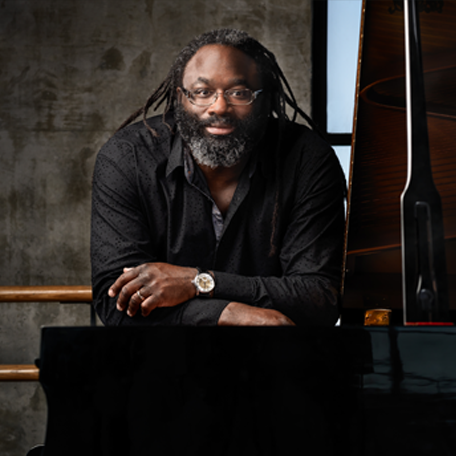 Among his generation of concert artists, pianist Awadagin Pratt is acclaimed for his musical insight and intensely involving performances in recital and with symphony orchestras.

Born in Pittsburgh, Awadagin Pratt began studying piano at the age of six. Three years later, having moved to Normal, Illinois with his family, he also began studying violin. At the age of 16 he entered the University of Illinois where he studied piano, violin, and conducting. He subsequently enrolled at the Peabody Conservatory of Music where he became the first student in the school’s history to receive diplomas in three performance areas – piano, violin and conducting. In recognition of this achievement and for his work in the field of classical music, Mr. Pratt received the Distinguished Alumni Award from Johns Hopkins as well as an honorary doctorate from Illinois Wesleyan University after delivering the commencement address in 2012.

In 1992 Mr. Pratt won the Naumburg International Piano Competition and two years later was awarded an Avery Fisher Career Grant. Since then, he has played numerous recitals throughout the US including performances at Lincoln Center, the Kennedy Center, Dorothy Chandler Pavilion in Los Angeles, Chicago’s Orchestra Hall and the NJ Performing Arts Center. His many orchestral performances include appearances with the New York Philharmonic, Minnesota Orchestra and the Pittsburgh, Atlanta, Baltimore, St. Louis, National, Detroit and New Jersey symphonies among many others. Summer festival engagements include appearances at Ravinia, Blossom, Wolftrap, Caramoor and Aspen and the Hollywood Bowl. Internationally, Mr. Pratt has toured Japan four times and performed in Germany, Italy, Switzerland, Poland, Israel, Columbia and South Africa.

In November 2009, Mr. Pratt was one of four artists selected to perform at a classical music event at the White House that included student workshops hosted by the First Lady, Michelle Obama, and performing in concert for guests including President Obama. He has performed two other times at the White House, both at the invitation of President and Mrs. Clinton.

Mr. Pratt’s recordings for Angel/EMI include A Long Way From Normal, an all Beethoven Sonata CD, Live From South Africa, Transformations and an all Bach disc with the St. Lawrence String Quartet. His most recent recordings are the Brahms Sonatas for Cello and Piano with Zuill Bailey for Telarc and a recording of the music of Judith Lang Zaimont with the Harlem Quartet for Navona Records.

Puerto Rico-born Iván Enrique Rodriguez received his music education at the Conservatorio de Musica de Puerto Rico and at The Juilliard School, where he currently works on his DMA degree. While still a student, he has composed extensively, including two symphonies.

Rodriguez composed Luminis, which means the possession of light, in 2015 for the Columbus Symphony Orchestra. He explains in the introduction to the score that it is a set of fantasy variations on original musical motifs, which remain essentially unchanged through six variations, while the surrounding sound environment in which the motifs are embedded, changes with the variations: “As the variations develop, they progressively describe the encirclement of light by darkness. Even when describing musically what could be total darkness, the original motifs remain relatively untouched. This is intended to give Light a ubiquitous quality to state that regardless of the conditions surrounding it, the energy emanating from this point – whatever it may symbolize for us individually – reinforces an inextinguishable radiancy and omnipresence.” Unfortunately, it takes a number of hearings of Luminis to disentangle and understand its complex structure.

The Concerto was commissioned by Art of the Piano Foundation for pianist Awadagin Pratt and co-commissioned by a number of symphony orchestras. Montgomery explains:

“Rounds for solo piano and string orchestra is inspired by the imagery and themes from T.S. Eliot’s epic poem Four Quartets. Early in the first poem, Burnt Norton, we find these evocative lines :

At the still point of the turning world. Neither flesh nor fleshless;

Neither from nor towards; at the still point, there the dance is,

But neither arrest nor movement. And do not call it fixity,

Where past and future are gathered. Neither movement from nor towards,

Neither ascent nor decline. Except for the point, the still point,

There would be no dance, and there is only the dance.

“In addition to this inspiration, while working on the piece, I became fascinated by fractals (infinite patterns found in nature that are self-similar across different scales) and also delved into the work of contemporary biologist and philosopher Andreas Weber who writes about the interdependency of all beings. Weber explores how every living organism has a rhythm that interacts and impacts with all of the living things around it and results in a multitude of outcomes.

“Like Eliot in Four Quartets, beginning to understand this interconnectedness requires that we slow down, listen, and observe both the effect and the opposite effect caused by every single action and moment. I’ve found this is an exercise that lends itself very naturally towards musical gestural possibilities that I explore in the work – action and reaction, dark and light, stagnant and swift.

Montgomery is a violinist, composer and educator with a graduate degree in Composition and Multimedia from New York University. She is a member of the Catalyst Quartet, and is a collaborator touring with cellist Yo-Yo Ma’s Silk Road Ensemble. Among her many contributions to musical organizations in the New York area, she performs and composes for the Sphinx Organization. A review of her debut album, Strum, Music for Strings, sums up her eclectic musical style: “The album combines classical chamber music with elements of folk music, spirituals, improvisation, poetry and politics, crafting a unique and insightful new-music perspective on the cross-cultural intersections of American history.”

Antonín Dvořák’s sojourn in the United States from 1892 to 1895 came about through the efforts of Mrs. Jeanette B. Thurber. A dedicated and idealistic proponent of an American national musical style, she underwrote and administered the first American music conservatory, the National Conservatory of Music in New York. Because of Dvořák’s popularity throughout Europe, he was Thurber’s first choice for a director. The fact that he spoke no English was of little consequence since the language of musical discourse was German. He, in turn, was probably lured to the big city so far from home by both a large salary and convictions regarding musical nationalism that paralleled Mrs. Thurber’s own.

Thirty years before his arrival in New York, Dvořák had read Henry Wadsworth Longfellow’s Song of Hiawatha in a Czech translation and was eager to learn more about the Native American and African-American music, which he believed should be the basis of the American style of composition. He also shared with Mrs. Thurber the conviction that the National Conservatory should admit African-American students. One of them, Henry Burleigh, who became an important African-American composer in his own right, is credited with exposing his teacher to African-American spirituals.

While his knowledge of authentic Native American music is questionable – his exposure came through samples transcribed for him by American friends and through Buffalo Bill’s Wild West Show – he became familiar with African-American spirituals through Burleigh, as well as indirectly via the songs of Stephen Foster. He incorporated both of these styles into the Symphony No. 9, composed while he was in New York.

Just as Dvořák never quoted Bohemian folk music directly in his own nationalistic music, he did not use American themes in their entirety. Rather, with his unsurpassed gift for melody, he incorporated characteristic motives into his own themes. Nevertheless, any listener with half an ear can discern “Massa Dear” (also known as “Goin’ Home”) in the famous English horn solo in the second movement. We can deduce the importance of these musical motives from the fact that they appear as reminiscences in more than one movement, especially in the Finale. The symphony, however, is hardly an American pastiche; the second motive in the Largo movement is a phrase of wrenching musical longing that many listeners interpret as the composer’s nostalgia for his native Bohemia. The New York music critic and Dvořák’s friend, Henry Krehbiel, claimed that the movement was inspired by incidents from Henry Wadsworth Longfellow’s The Song of Hiawatha. Which incidents, however, have never been definitively determined. Krehbiel posited the scene in which Hiawatha woos Minnehaha, while others have suggested Minnehaha’s funeral. Incidentally, Dvořák had also intended to compose an opera on Hiawatha, which never left the drawing board.

The third movement as well, in its rhythmic thumping, the pentatonic scale and the orchestration dominated by winds and percussion, is meant to portray an Indian ceremonial dance described in Longfellow’s poem. Dvorák’s symphonic use of what he believed to be an authentic Native American musical idiom may have reflected his initial ideas for the opera.

One of the most important features of the Symphony is its thematic coherence. Whatever the origin of the melodies, they all have a modular characteristic in that they can be mixed and matched in many different ways. In the last movement, Dvořák brings nearly all of the Symphony’s themes together, sometimes as one long continuous melody, sometimes in contrapuntal relationship to each other.