This concert has been postponed. 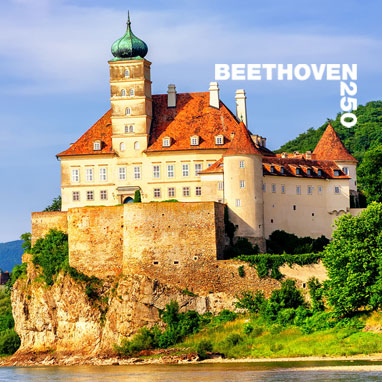 This concert has been postponed. Please click here to learn more.

This concert has been postponed. Please click here to learn more.

This concert has been postponed.
Please click here to learn more.

St. John’s Episcopal Church
628 Main Street, Stamford CT 06903
The Church’s address is 628 Main Street but please use 14 Suburban Avenue, Stamford, CT 06901 in your GPS locator to find the entrance to the church’s garage.

2 hours,
with an intermission

Pianist, David Kaplan, will play three sonatas from Beethoven’s early, middle and late composition periods. After purchasing tickets, you may vote on the Beethoven Sonata you would most like to hear. The most requested sonata will be included as one of the three performed.

Have a chance to hear your favorite Beethoven Sonata performed by David Kaplan!  All you need to do is purchase a ticket for this concert before December 31st.  Then shortly afterward, you will receive an email from Stamford Symphony asking you to select your favorite sonata! 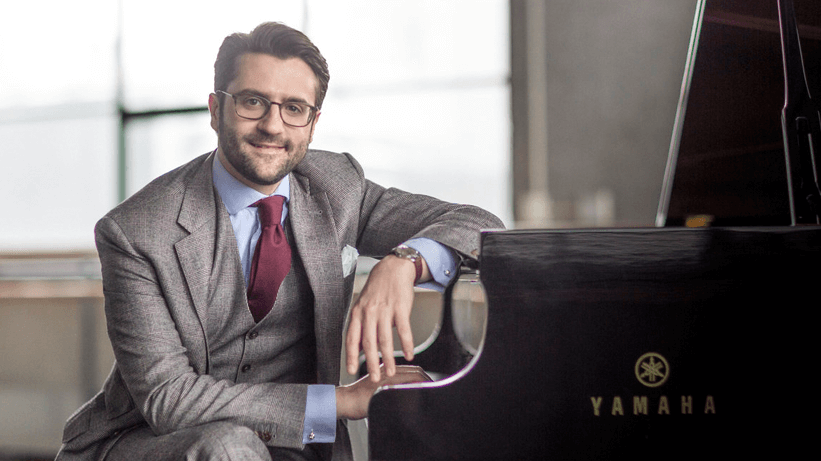 David Kaplan, pianist, has been called “excellent and adventurous” by The New York Times, and praised by the Boston Globe for “grace and fire” at the keyboard. He has appeared as soloist with the Britten Sinfonia at London’s Barbican Centre, at Miami’s Arscht Center with Itzhak Perlman, and in recital at the Ravinia Festival, Sarasota Opera House, Washington’s National Gallery, Music on Main in Vancouver and Strathmore in Baltimore. This season, he makes his debut at the Berlin Philharmonie, performing Beethoven’s Concerto no. 3 with the Berlin Symphony Orchestra.
Kaplan’s passion for connecting past and present music has resulted in New Dances of the League of David, a suite that incorporates newly commissioned miniatures into Schumann’s Davidsbündlertänze, Op. 6. Among the 16 participating composers were Augusta Read Thomas, Caroline Shaw, Marcos Balter, Gabriel Kahane, and Andrew Norman. Selected as one of the “Best Classical Music Performances of 2015,” by The New York Times, Anthony Tommasini wrote: “‘New Dances’ is no gimmick… it was fascinating to hear Schumann through the ears of these perceptive, stylistically varied contemporary composers.” He has premiered works by numerous other composers, including Alex Weston, Matthew Aucoin, and Timo Andres. For a new program called Chaconne featuring works by Beethoven, Brahms, Ligeti, Rweski and Gubaidulina, he has asked for new works from Anthony Cheung and Christopher Cerrone, to be premiered in 2019. In NYC this past autumn, he curated an innovative piano series for The Metropolis Ensemble that featured over a dozen artists in works by composers ranging from JS Bach to Steve Reich, Richard Strauss to Morton Feldman.
Balancing solo performances with meaningful collaborations, Kaplan has played with the Attacca, Ariel, Enso, Hausman, and Tesla String Quartets. As a core member of Decoda, the affiliate ensemble of Carnegie Hall, he performs frequently in New York’s most exciting venues, from the Metropolitan Museum of Art to National Sawdust, as well as creating innovative residencies as far away as Abu Dhabi, Mexico, and Scotland. His chamber music partners have included violinists Rachel Lee Priday and Arnaud Sussmann, and cellists Ashley Bathgate, Joshua Roman, Benjamin Capps, and Nick Canellakis. In 2016, he toured a joint recital together with Pulitzer Prize winning composer/performer Caroline Shaw, and since 2007 he performs frequently as part of a piano-duo with Timo Andres. Since stepping in to replace an ailing Menahem Pressler in 2015, he has appeared widely as a guest of the New York Chamber Soloists, including at the Mondavi Center in Davis, CA. He is a veteran of numerous distinguished chamber music festivals and series, such as the Seattle Chamber Music Festival, the Chamber Music Society of Lincoln Center, Chamber Music Northwest, Barge Music, and the Canadian festivals of Banff and Orford. In addition, he has been a guest at Ravinia (RSMI), Tanglewood, Bard, and the Mostly Mozart Festival. He is the Artistic Director of Lyrica Chamber Music, a community series in Morris County, NJ currently in its 31st season.
Kaplan has recorded for Naxos, in music of Mohammed Fairouz with soprano Kiera Duffy (2016), and together with Timo Andres for Nonesuch in the acclaimed disc, Shy and Mighty (2010). Kaplan’s distinguished mentors over the years include the late Claude Frank, Walter Ponce, Alfred Brendel, Richard Goode, and Emanuel Ax. He studied conducting at the Universität der Künste Berlin with Lutz Köhler, under the auspices of a Fulbright Fellowship from 2008-2010. The recipient of a DMA from Yale University in 2014, Kaplan previously studied with Walter Ponce at UCLA, where he is now Lecturer in Piano for 2016-18. Away from the keyboard, he loves cartooning and cooking, and is mildly obsessed with classic cars.
David is proud to be a Yamaha Artist, and when at home in New York City, he enjoys practicing on his childhood piano, a 1908 Hamburg Steinway model A.

AGE RESTRICTIONS: The Stamford Symphony encourages the attendance of young people at its concerts. However, orchestral performances are probably not suitable for children aged under 5. We welcome children of any age to our special family-oriented shorter performances, however, they must have a ticket.

Updated: June 1, 2020
News: The March and April concerts, and the May recital, sadly, cannot be re-scheduled this summer

Along with all our fellow performing arts organizations in Fairfield County, our hopes for rescheduling our March, April and May concerts during the summer will not be possible. All ticket holders received a communication from us that they should refer to.
The health and safety of all our patrons is Stamford Symphony’s primary concern and we continue to follow the guidelines set forth by the City of Stamford, the Connecticut Department of Public Health, the NY State Health Department, and the CDC.

What are my options with my tickets?
If you have tickets to March, April and May concerts, you may choose to do one of the following:

Are you still accepting subscriptions for the 2020-2021 Season?
Yes! The Stamford Symphony has had a very healthy response to the new season and we want you all to keep the subscriptions coming in! The Stamford Symphony is considering numerous options for our safe return next season. What that will be exactly is still to be determined . Please be assured that working closely with Michael Stern, our new Music Director, we promise to deliver you the most dynamic, varied, safe orchestral experience for all. Patron Services is happy to help you process a subscription. Please email office@stamfordsymphony.org, or you may leave a message at 203.325.1407 x10 with any questions you may have.

How can I help?
Thank you for all your kind emails and phone messages of support and your understanding as we navigate these uncertain times. Stamford Symphony prioritizes the health of our audience, musicians and staff first.
There are three very important ways in which you can help Stamford Symphony:

How to stay in touch with Stamford Symphony: In order to practice appropriate social distancing, the Stamford Symphony staff is working from home but remain fully accessible to our patrons. You can contact us via email and we are also picking up phone messages and we will be returning all phone calls. Please feel free to contact Patron Services with any questions you may have at office@stamfordsymphony.org, or you may leave a message at 203.325.1407 x10.