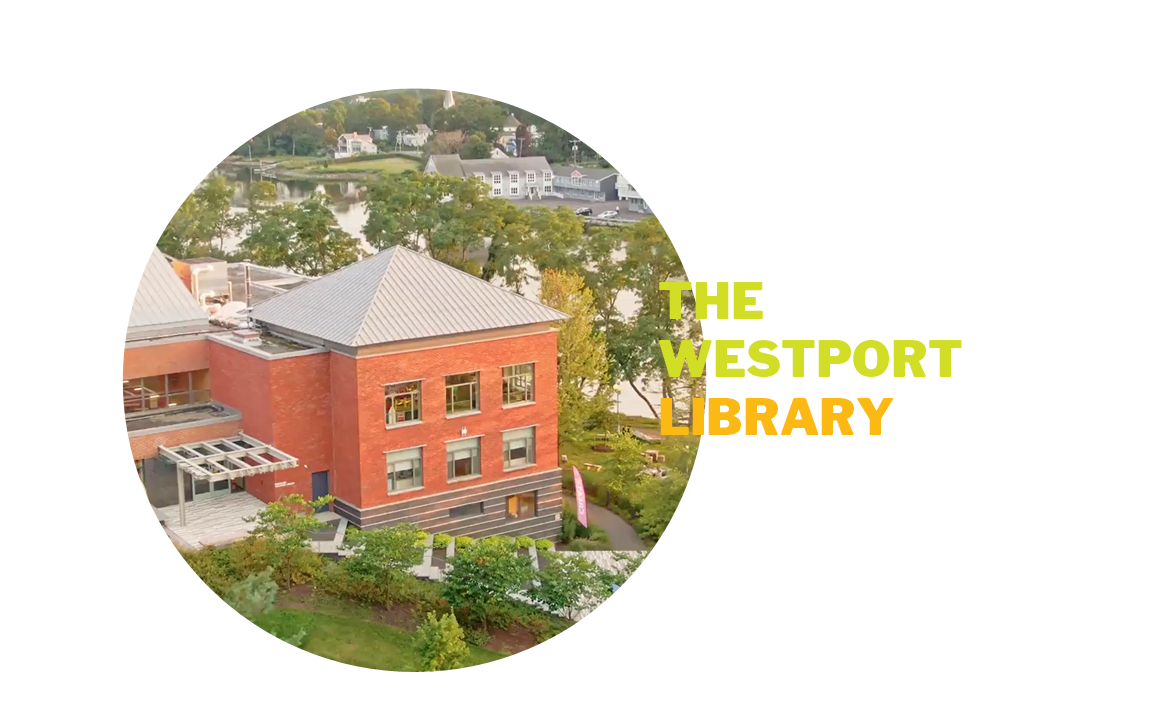 Whatever the collective noun is for a quartet of double basses, this unique program showcases the captivating, unexpected collaboration of the Orchestra’s double bass section! 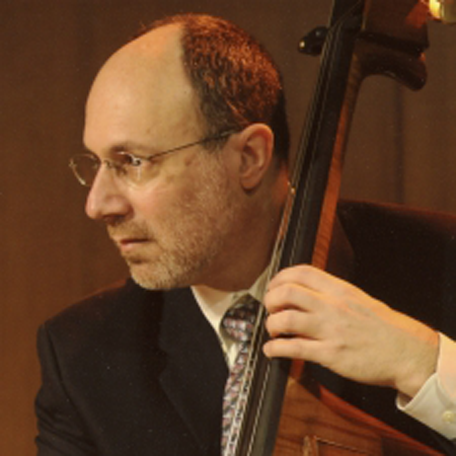 Peter Weitzner, a graduate of the Juilliard School, has performed with Solisti New York, the Jupiter Symphony, EOS Ensemble, SONYC, Philharmonia Virtuosi, Stamford Symphony, Musicians Accord, and the New Jersey Symphony. As soloist, he has appeared with the Baltimore Symphony and performed the New York premiere of Sheila Silver’s Chant for bass and piano.  Mr. Weitzner has been a frequent participant at international music festivals including Mostly Mozart, OK Mozart, Cape May, Festival of the Hamptons, Bratislava Music Festival, and the Bruckner Festival in Linz, Austria.

He has also performed with the dance companies of Lar Lubovitch and David Parsons as well as Merce Cunningham’s 80th birthday celebration at the Lincoln Center Festival in the New York premiere of Biped. He also participated in a performance at NJPAC (NJ Performing Arts Center) with the re-emerging Alice Coltrane shortly before her passing. For ten years Mr. Weitzner toured the world as a member of the Giora Feidman Trio. In the spring of 2009, he was invited to become a member of the Quincy Jones Musiq Consortium, an arts education advocacy group comprised of arts-related non-profits, musicians and educators.

His work can be heard on the Nonesuch, Albany, Pro Gloria Musicae, New World Records, Musical Heritage Society, Delos, Grenadilla, and Berkshire Bach Society record labels. He has also produced recordings of the Brandenburg Concerti with the Berkshire Bach Society and the critically acclaimed complete flute music of J.S. Bach with flutist Susan Rotholz and Kenneth Cooper, fortepiano, released by Bridge Records. A CD of American flute music with Susan Rotholz and pianist, Margaret Kampmeier has also been released by Bridge. He is also a frequent contributor of concert recordings to NPR’s Performance Today. 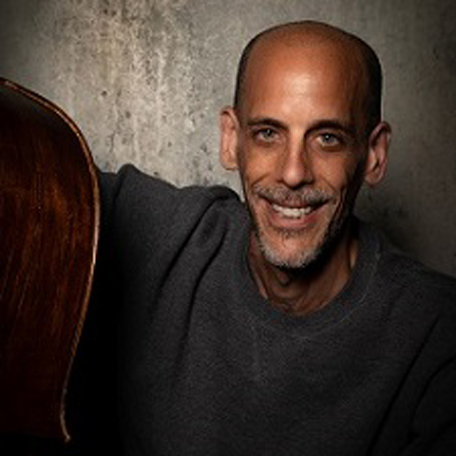 As an active freelance musician, Rick Ostrovsky performs regularly with some of the most respected ensembles in New York City. A member of the American Symphony Orchestra and the Stamford Symphony, other notable orchestras with which he plays include the American Composers Orchestra and the New Jersey Symphony Orchestra.  He has also regularly played with the Brooklyn Philharmonic Orchestra and the New York City Ballet. He has toured extensively with a variety of ensembles, playing in major concert halls throughout the United States, Europe, South America and Asia. Mr. Ostrovsky performs and teaches as part of the faculty of the Eastern Music Festival, and also performs with the ASO at the Bard Music Festival. He can be heard on orchestral recordings of the American Symphony Orchestra and the Orchestra of St. Luke’s, and is the solo bassist on the recordings of the Gowanus Arts Ensemble. Mr. Ostrovsky was a member of the Columbus Symphony Orchestra and was the solo bass with the Soviet Émigré Orchestra, an ensemble of thirteen string players. Mr. Ostrovsky has also had the opportunity to perform on Broadway and played regularly as bassist for shows such as A Secret Garden, Beauty and the Beast, and Kiss of the Spiderwoman. He has also had the opportunity to perform in a variety of chamber and solo settings, including a performance of the Bottesini Gran Duo in concert with violinist Erick Freidman, and to share the recital stage with his wife, soprano Kaori Sato. Mr. Ostrovsky received both his B.M. and M.M. from the Juilliard School. 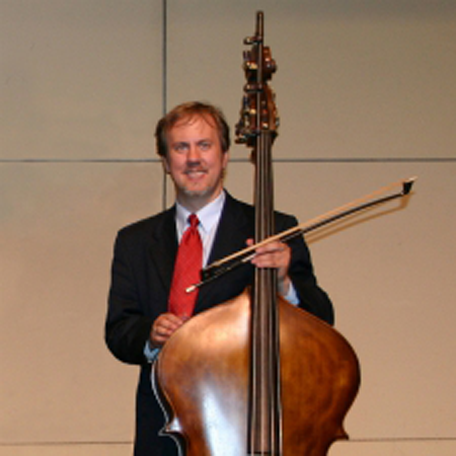 Troy Rinker’s musical journey began in the public schools of Jacksonville, Arkansas and by age 15 he was playing professionally with the Arkansas Symphony Orchestra. Mr. Rinker’s musical education continued at Indiana University, the University of Central Arkansas, and The Juilliard School, where he studied with bass luminaries Lawrence Hurst, James Hatch, and Homer Mensch.

His summer festival credits include OK Mozart, Tanglewood, Spoleto, the Naumburg Bandshell concerts, the Kilkenny Arts Festival, and Caramoor. Mr. Rinker can be heard on labels Sony Classical, Telarc, Naxos, North/South, and in studio recordings for television and film. 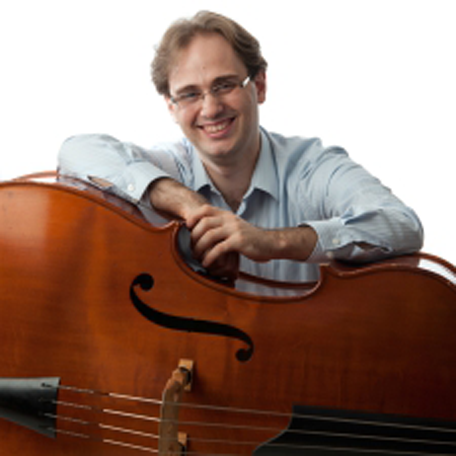 Andrew Trombley, hailed as a “stand-out performer” by the NY Concert review, is an often sought-out bass player in the tri-state area and abroad. Andrew holds the position of Principal Bass for the Mostly Mozart Festival Orchestra, Principal Bass for the New Haven Symphony Orchestra and is a section member of the Stamford Symphony Orchestra. Andrew frequently performs with some of the world’s leading ensembles including the New York Philharmonic, Minnesota Orchestra and the Metropolitan Opera. Andrew has also collaborated with international artists such as JP Jofre and his “New Tango Quintet,” Joseph Lin, the Orpheus Chamber Orchestra and members from Chamber Music Society of Lincoln Center. As a recording artist, Andrew performed on soundtracks for “A Dog’s Purpose,” “Hundred Foot Journey,” and “Noah” to name a few.

A native of Monticello, New York, Andrew and his violinist-wife, Akiko Hosoi, returned to his roots to establish The Sullivan County Chamber Orchestra in collaboration with local arts non-profit, Nesin Cultural Arts. Andrew currently serves as the ensembles Artistic Director and Principal Bass. The husband-and-wife duo also established the Aspiring Young Musicians program to offer private lessons and ensemble classes to dedicated students who wish to excel at their craft. Andrew’s commitment to the arts is not limited to performances as he regularly coaches students from his alma mater, the Monticello Central School District and the Wappingers Central School District. Andrew is a graduate of the Juilliard School and Manhattan School of Music where he studied with Timothy Cobb.